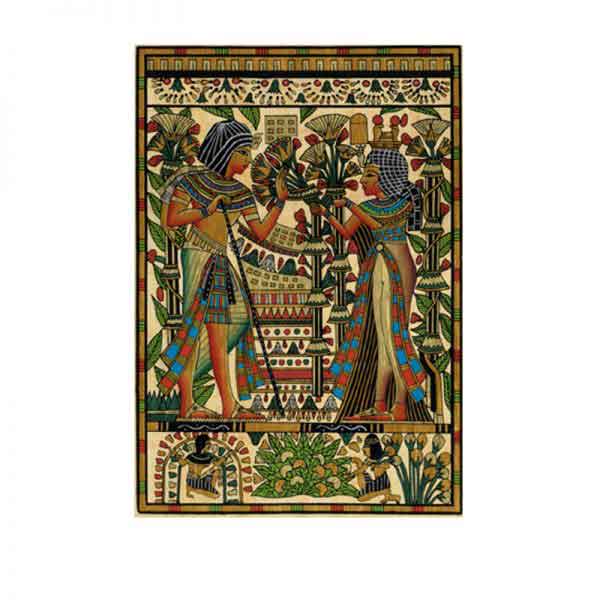 The Tutankhamun and his wife Ankhesenamun papyrus painting is a beautiful addition to your unique collection. Buy it now.