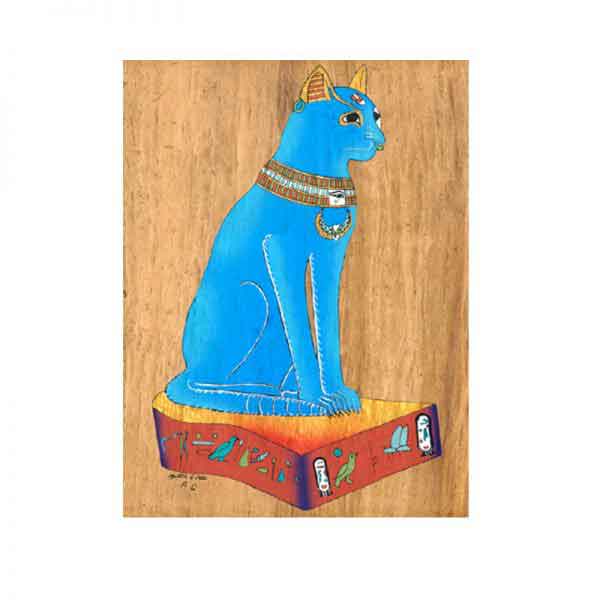 The Bastet Cat Papyrus painting is a very fine detailed piece full of colors and full of life. This beautiful, bright blue cat stands out wonderfully on the dark background. The cat (meeou-in hieroglyphs) was a pet, as well as a symbol for the goddess Bastet. It was considered to be a sacred and a protective animal, for it’s skill of catching mice. This cat has a collar with the Eye of Horus (Wedjat), which stood for protection, strength, and perfection. The size of this papyrus painting is approximately 14″ by 17 1/2″.