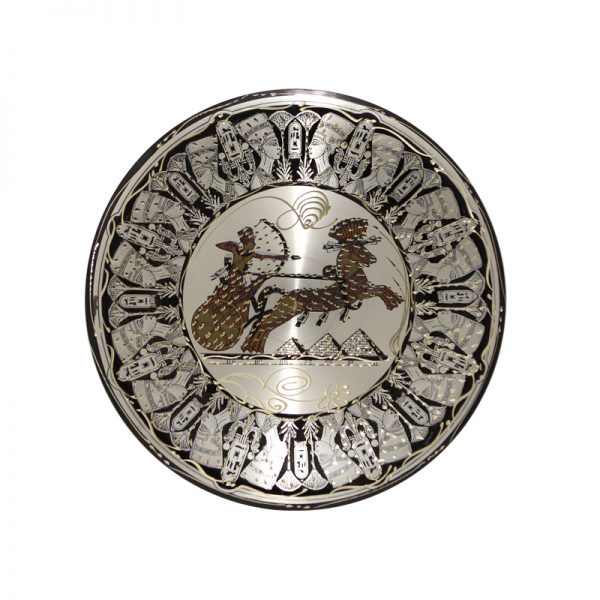 War Scene With Ramses Seated In His Chariot copper plate

Our very special War Scene With Rameses Seated In His Chariot copper plate is a unique collection. Buy one now and explore it yourself. 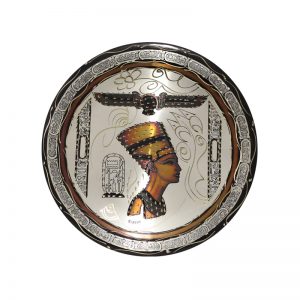 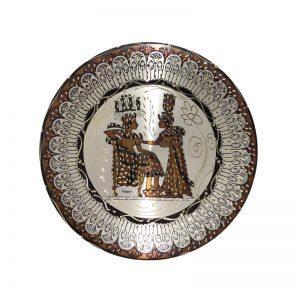 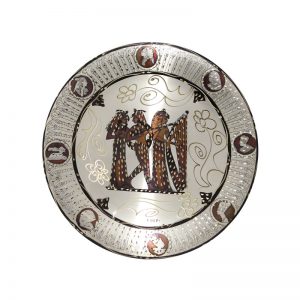 A beautiful War Scene With Ramses Seated In His Chariot copper plate made in a way similar to the way it was made in ancient time which makes it a perfect collectible or gift. The size of this plate is approximately is 12″ (30 CM).

This scene is of none other than Ramses the second. This is a war scene with the great pharaoh seated in his chariot with his horses charging forward and he’s ready with his bow and arrow. There are many of such scenes from the Battle of Qadesh, which he fought with the Hittites. This was a great victory for him and so he had many carvings made on temples. After this he had made a treaty with them and ensured this agreement by marrying two of the Hittite princesses. Ramses the second is most well known for his monumental construction, such as the temple at Abu Simbel. He had a very long reign and now his mummy resides in the Egyptian Museum, Cairo.