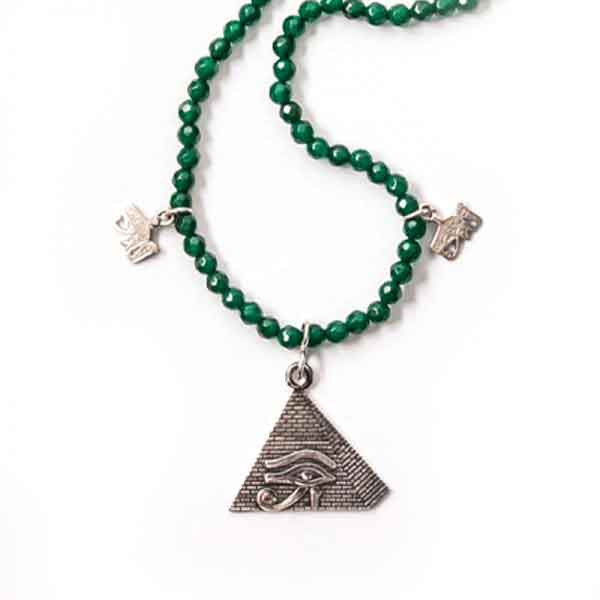 Wear our very special pharonic necklace design Agate or give it as a precious gift to your loved ones. Buy it now & it will become part of your own history. 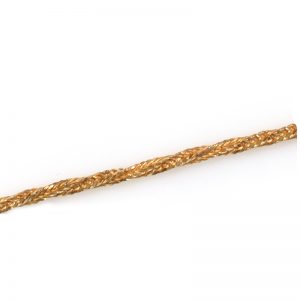 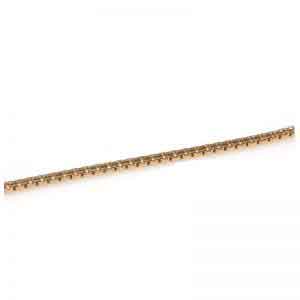 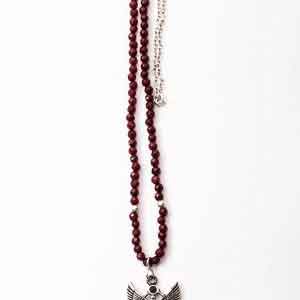 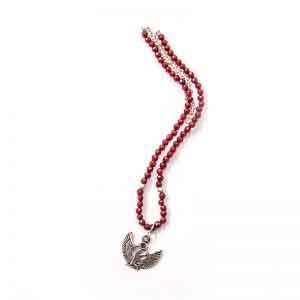 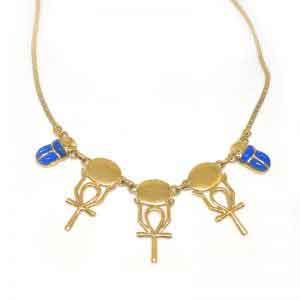 Feel unique by wearing a pharonic design Agate necklace. An agate stones necklace having a pyramid shaped pendant in the middle and the pyramid and both charms on the sides having the eye of Horus on it.

The pyramid always symbolizes bigger consciousness of strength and energy. In your inside there is a point in which all levels cut themselves. This is the place of the renewal at which even dull razor blades become sharp again. Hence with a bigger pyramid this place could be used for mystic experiences. The entrance of a pyramid in the dream stands for the search for the sense of life. On the other hand, the pyramid can also be on a discussion with ritual religious problems. Old-Egyptian dream researchers stated who sees a pyramid, a secret gets.

Next to the ankh symbol, the icon commonly called the Eye of Horus is the next most well known. It consists of a stylized eye and eyebrow. Two lines extend from the bottom of the eye, possibly to mimic the facial markings on a falcon local to Egypt, as Horus’s symbol was a falcon.

Horus is the son of Osiris and nephew to Set. After Set murdered Osiris, Horus and his mother Isis set to work putting the dismembered Osiris back together and reviving him as lord of the underworld. According to one story, Horus sacrificed one of his own eyes for Osiris. In another story, Horus loses his eye in a subsequent battle with Set. As such, the symbol is connected with healing and restoration.

The symbol is also one of protection and was commonly used in protective amulets worn by both the living and the dead.

Therefore the Eye of Horus is the most common use of the eye symbol.

Like all our other exquisite jewelry, this pendant is handcrafted, highly detailed, top quality & made to last a lifetime. Furthermore it bears the 925 silver stamp for authenticity purposes.