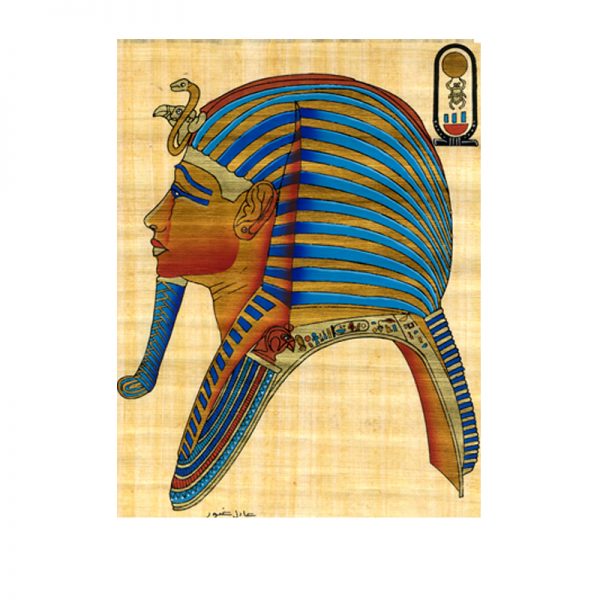 The Mask of Tutankhamun papyrus painting is a beautiful addition to your unique collection. Buy it now. 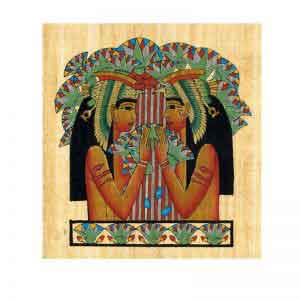 The Mask of Tutankhamun papyrus is a very fine detailed piece full of colors and full of life.This beautifully detailed side view of the mask of Tutankhamun shows us the amazing gold work and exquisite detail in lapis lazuli (blue stone). Tutankhamun ruled from the age of eight and died around seventeen. His tomb, found virtually intact by Howard Carter, has made him one of the most well known Pharaohs. The cartouche found in the upper right hand corner said the name NebKheprure. This was one of his five names, the prenomen. It means ‘The Lordly Manifestation of Re’. His mask is now in the Egyptian Museum in Cairo. The size of this papyrus painting is approximately 14″ by 17 1/2″.

Be the first to review “Mask of Tutankhamun papyrus” Cancel reply