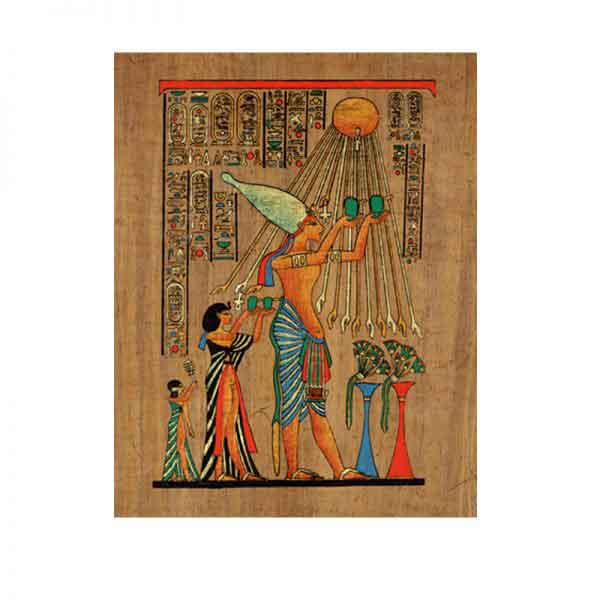 Akhnaton sacrifices to Aten the Sun-disk

The Akhnaton sacrifices to Aten the Sun-disk Papyrus painting is a beautiful addition to your unique collection. Buy it now. 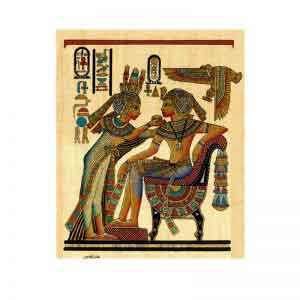 The Akhnaton sacrifices to Aten the Sun-disk papyrus is a very fine detailed piece full of colors and full of life. Akhnaton was the first phehro to believe in one God Symbolized in the sun that was called Amon Raa In this piece of art Akhnaton is presenting sacrifices to Aten the Sun-disk along with his wife & kid daughter. The size of this papyrus painting is approximately 14″ by 17 1/2″.